Vitamin D and Kids up to 50% are deficient.

Today kids do not play outside as much as they used to and they are not getting the amount of sunshine and fresh air as they should for their Vitamin D needs. Deficiency in Vitamin D in the USA is very common.  Kids used to get their Vitamin D from milk but less and less kids are drinking milk during the day as the schools do not provide it anymore.

Vitamin D is a steroid hormone and is meant to be obtained through the sun and not your diet.

Its a well-known fact that the skin needs sunlight to produce vitamin D. Vitamin D is an essential nutrient that helps bones grow, and develop properly. The deficiency of vitamin D can lead to weak muscles, ricket, fractures, and pains.

Reduced risk of flu; children given 1,200 IU of vitamin D per day for four months during the winter reduced their risk of influenza infection by over 40%.

Healthy infants; children with normal blood pressure who were given 2000 IU/day had significantly lower arterial wall stiffness after 16 weeks compared with children who were given only 400 IU/day.

Little vitamin D status has been associated with higher risky severity of atopic childhood diseases and allergic diseases, including asthma, atopic dermatitis, and eczema. Vitamin D may enhance the anti-inflammatory effects of glucocorticoids, making it potentially useful as a supportive therapy for people with steroid-resistant asthma.

Healthy pregnancy; pregnant women seem at greater risk of developing preeclampsia and needing a caesarean section. Inadequate vitamin D status is also associated with gestational diabetes mellitus and bacterial vaginosis in pregnant women. It is also important to note that vitamin D levels that were too high during pregnancy were

associated with an increase in food allergy of the child during the first two years of life.

Reduced risk of diabetes; several observational studies have shown an inverse relationship between blood consecrations of vitamin D in the body and the risk of type 2 diabetes. In type 2 diabetes, insufficient vitamin D levels may have an adverse effect on insulin secretion and glucose tolerance 3. In a study, infants who received 2000 IU/day of vitamin D had an 88% lower risk of developing type 1 diabetes by the age of 32.

Cancer prevention; vitamin D is vital for regulating cell growth and for cell to cell communications. Some studies have suggested that calcitriol (the hormonally active form of vitamin D) can reduce cancer progression by slowing the growth and development of new blood vessels in cancerous tissues, increasing cancer cell death and by reducing cell propagation and metastases. Vitamin D has an effect on more than 200 human genes which can be impaired when D status is suboptimal.

Signs you may be deficient.

Vitamin D deficiency has also been associated with an increased use of cardiovascular disease, hypertension, multiple sclerosis, autism, Alzheimer’s disease, rheumatoid arthritis, asthma severity and swine flu. However, more reliable studies are needed before the associations can be proven.

32% of children and adults are Vitamin D deficient according to the CDC Centre for disease control.  The National Nutrition Health Association found that 50% of children are deficient.  Anyone in their older years can also be deficient if they do not get out as much as they used to.  Sitting in the garden or on the porch for 15 -20 minutes a day can go a long way to helping.

Let your kids get outside more into the sunshine, let them play and do more activities outside.

How to Prevent Child Obesity

What do you do when you cannot sleep 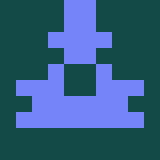