Is face to face networking in person still relevant for business success today?

The rise of social media has us hooked and we are performing more and more activities on the internet, to the point that it seems to have taken over our whole lives. The impact is more pronounced in highly advanced economies like the United States where people rely on the internet for everything. From buying groceries to finding romantic relationships; there is an online marketplace or platform for all. Professional networking has also not been spared of these disruptions and online platforms such as Linkedin have revolutionized the way people find opportunities and connect with fellow professionals. However, even in this highly digitized environment value of human contact has not been lost; face to face networking remains extremely influential in the US job market to date.

From the glittery world of Hollywood to the somber business of politics, knowing the right person at the right time is as important in furthering your career as your professional credentials. It is only through continuous professional development and effective networking that an Administrative Assistant in a tech company can ever transform herself into a successful government diplomat. The story is not a stretch of the imagination; in fact, it is the very real narration of Ms. Anne Baker’s career, who managed to make this unlikely career move because of maintaining a relationship with former colleagues. She sent her resume to Senator Maria Cantwell through a former colleague who knew them both and that turned out to be her big break in the political arena.

Jimmy Fallon went from an amateur comedy enthusiast to the host of a solo comedy show. The secret of his rise to fame is hidden in his ability to show gratitude and humility. He was struggling to make it big in Hollywood when his former boss urged him to take up “The Later Night Show” despite the fact that he was not fully convinced. If performers like him had Linkedin profiles, no matter how immaculate he could make it; yet these personality traits, which were pivotal in landing him this job, could not be have been discovered through an online profile.

Bill Gates’ mother knew the significance of cultivating valuable connections; she coaxed Bill to meet Warren Buffet and what started as a professional meet-up turned into a lasting friendship. They have both impacted one another in a number of ways and their transformation from pure capitalists to philanthropists is having an impact on the lives of millions around the world.

Human Beings are wired by thousands of years of evolution to value human contact in personal as well as professional settings; whereas social media has been around for only a minuscule, almost negligible, a fraction of this time.

Therefore, even if we form a relationship online, in order to truly leverage it, we have to bring it out in the real world. Online platforms can supplement our networks a great deal and allow us to connect with people from across the continents; still, they are nowhere near replacing the intimacy of in-person meetings. In fact, it is more important than ever to nurture strong human connections in the face of a plethora of tenuous online contacts.

I realize there are many individuals who have met, married and formed business partnerships online however I still feel we need to balance all methods of communications.

What is your opinion? 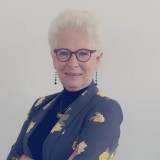